James Rebanks book “The Shepherd’s Life” ends with a plea that the Shepherds lifestyle that has existed for thousands of years in the lakes be allowed to continue, so that tradition and the wonderful landscape (In his view) that has been created can continue. He mentions the English peasant poet John Clare, lamenting the loss of the Northamptonshire countryside to enclosure and talks about his way of life being one of the last bastions of a particular type of freedom in the countryside. 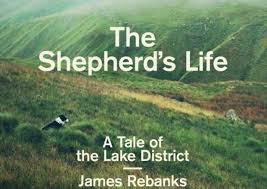 But why should his way of life continue? Why should we seek and strive to conserve a landscape that has been created by thousands of years of farming, why not allow some of it at least to go back to what it could be, to allow it to re-wild, and to even be as bold as to reintroduce some of the predator species that were driven out by man’s insatiable desire to tame and subdue nature.

The head of the Lake District Country park recently defended the sheep wrecked, ruined, deeply gullied landscape that passes for one of our National Parks, by saying that 14 million people a year came and visited, so that was by way of  a justification for maintaining the status quo. But this is clearly rubbish. The fourteen million do not have any choice. There are not two Lake Districts on offer only the one. Of course there could be two. And you could both preserve the Shepherds way of life and have re-wilding, it would mean some give and some take, but it could transform the landscape and the experience for many of those fourteen million who visit each year.

Despite my gripes, it is a good book, a little disjointed in style perhaps but thoughtful and thought provoking. I am looking forward to hearing him speak at the Buxton Literary Festival next week.

One thought on “The Shepherds Life”