With the temperatures below -3 all day it was a well wrapped up family of BW’s that set off for the tradition of watching the sun set on New Years Eve at Arbor Low. It was even colder up there. The mist had a habit of shifting about so that one minute the view was obscured and the next trees and stones emerged from it. 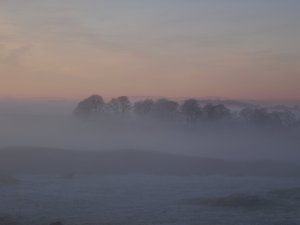 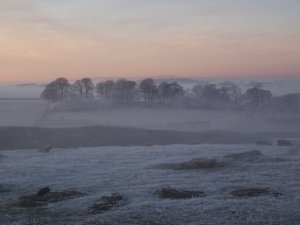 The teenagers disappeared into the mist almost as soon as we arrived. Of course they were trying to sneak up on us, a game they play when ever the opportunity arises and has evolved from a game called Monsters that I used to play with them when they were much younger. They once shouted out excitedly in a public place with a load of other families about that “Dad Dad this would be a great place for you to be a Monster and try and get us like you did last night.” You could just feel the animosity build up around us, and people hurriedly gathered their children up, warning them of strangers. However on Arbor Low we were alone. Well apart from the spirits and ghosts of the people that had lived and died there over the past 6000 years. 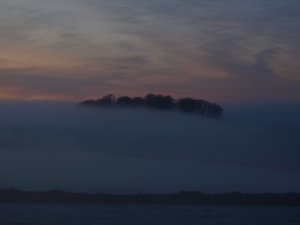 The sun set and the cold got colder but the light lingered longer and for a few minutes a silence descended over the stones and the thoughts of the old year faded away gently. Both Mrs BW and I left a little something for the ancestors. The Weasel was beside herself with amusement at this. I did not bother to explain, partly because there isn’t one really, but mainly I did not want to spoil the peaceful feeling.

So that’s it for another year. What ever you are doing have a safe and happy evening, and good luck for 2009.